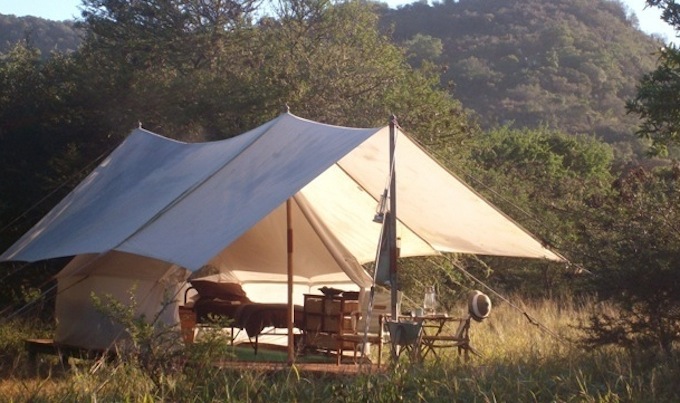 Amakhala is a malaria free private game park and offers accommodation in a selection of 11 different star rated establishments such as restored Country Houses, Safari Lodges and Tented Camps located in different areas of the 18’000 acres safari park.

Day and night game viewing trips under guidance of professional game rangers are available.
Wildlife likely to be encountered during the game drives in the game reserve are: the “Big Five”, lion, elephant, rhino, buffalo and leopard as well as cheetah, giraffe, zebra, wildebeest and plenty of antelope species.

This classic 1920’s style expedition camp is modelled on the heyday of exploration, that golden era when adventure lay around every corner.

Quatermain’s Camp offers you the opportunity to experience “Africa under canvas”, with three crisp white 1900’s style safari tents fitted out with military campaign style furnishings; the choice of pioneers, hunters and explorers of that time.

A small and personal safari camp situated deep in the bush in a part of the park that does not house the more dangerous animals (like lions, elephants or rhinos) but hosts lots of antelope species, birds and monkeys.

Relax in the centralised thatch boma area where local delicacies are prepared in front of you on an open fire, and dinner is served under a blanket of stars.
Every effort has been made to stay true to the expedition style, with concessions only being allowed for rustic en suite bathrooms with modern conveniences.
This camp does not have a pool. 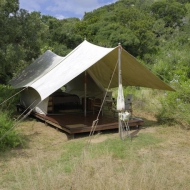 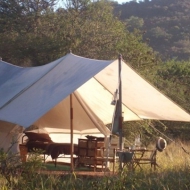 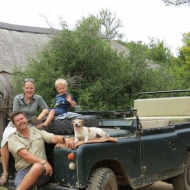 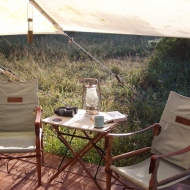 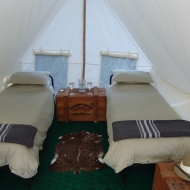 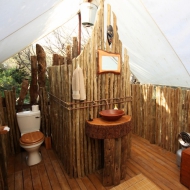 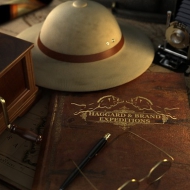 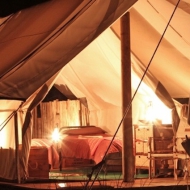 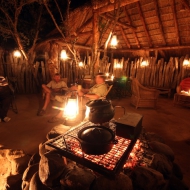